The Republic of Uzbekistan is located in Central Asia and once it was a part of the Soviet Union until its independence in 1991. Uzbekistan is a landlocked country and borders five other landlocked countries. In economic terms, Uzbekistan ranks high at the global levels when it comes to gold, copper, and uranium production. The country has more than 30 million inhabitants whereby more than 30% of them are under the age of fourteen. Similar to Canada, the country has 12 provinces, one autonomous republic, and an independent city which is the capital Tashkent.

The country pays great attention to feature sports talents, and the most popular sports are football, chess, tennis, and fencing gained also a lot of fans lately. Uzbekistan is especially proud that one of the oldest sports brought them the honor to host a World Championship. The noble and clean sport is fencing, and all eyes were on Uzbekistan in 2015 when the country was the host of the Cadet and Junior Fencing World Championships 2015 held in Tashkent. This was a big event not only for Uzbekistan but for the fencing sports community as well. 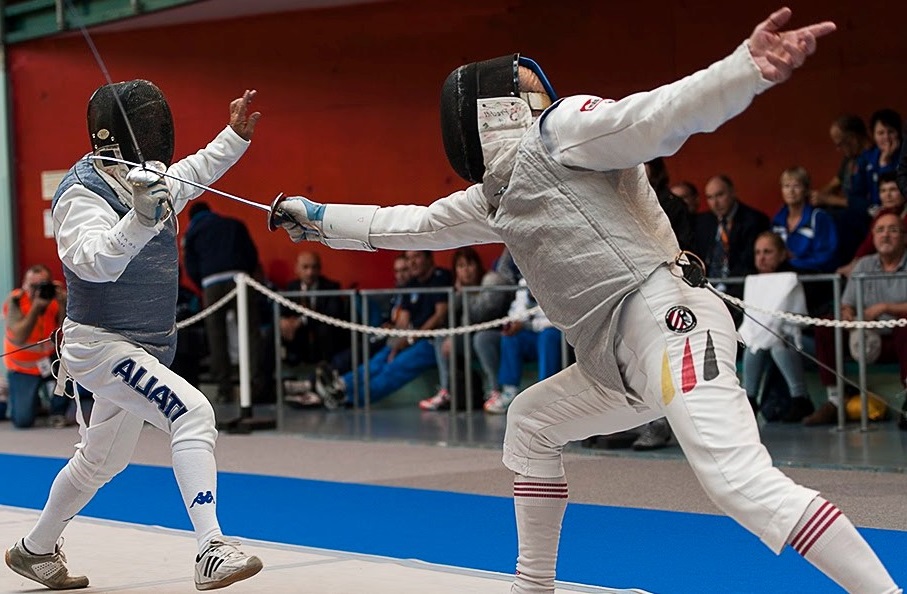 Cadets up to 17 and juniors up to 20 years of age around the world gathered in the capital of Uzbekistan for the occasion. 1000 promising athletes from around 100 countries came to prove their fencing skills. It was the first time for Uzbekistan to host such an event. The Championship lasted from 1-9 April, 2015. Uzbekistan’s goal was to feature the event at the highest possible level, and the organizers made an effort to create the perfect atmosphere for the audience and ideal conditions for the contestants.

Day 1 was very exciting for both, the hosts and the spectators. Media from all over the world attended as well to see the opening ceremony. Alisher Usmanov, the FIE (International Fencing Federation) President, cordially welcomed all attendees, a man proud to see that the fencing schools in Uzbekistan developed the art of fencing to such an extent. The opening ceremony involved many traditional elements of the Uzbek culture, whereby the nation had the opportunity to share their fencing tradition with the world.

The Day of Sport for Development and Peace (Day 6) 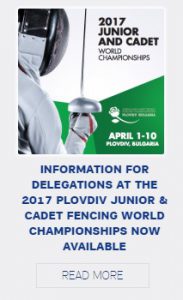 Development and Peace, the participants decided to draw attention to this very important day in sports. The cadets and juniors conveyed their messages of peace dedicated to this day via different social media and platforms in order to raise awareness of the wider public and to draw attention to the cause. It’s a well known fact that practicing a sport from young age not only strengthens health but develops qualities like discipline, perseverance and persistence in the adolescents. This is extremely important in the 21st century where games and electronic sports replace the traditional ones. Three experts at the event presented fresh data on questions like “The current state of sports and young people”, “How eSports affect teenagers” and discussed different questions and problems. Many of the attending people wanted to learn how to start betting on esports and how can virtual reality and fencing work together for the good of the sport. Electronic games representatives were also there to share the industry’s plans on stimulating young people to combine playing PC games and practice real sports.

The Day of Sport for Development and Peace is an annual event that draws the attention to the role of sports concerning social changes, development, and peace. The Day was officially introduced in 2013 by the UN General Assembly, which makes it relatively new, but still, the initiative was widely recognized and promoted. The Cadet and Junior Fencing World Championships contributed to the promotion of the event showing great support that came from the contestants but also FIE members.

One of the biggest gymnastics complexes was chosen as the venue for this great championship. The GSC complex was already used for different gymnastics tournaments like the Wrestling World Championship along many others.

The World Fencing Championship was organized by the Uzbekistan Fencing Federation, Ministry of Culture and Sport, as well as the Uzbekistan Olympic Committee and supervised by the FIE.

Korea, for example, secured three cadet gold medals in three categories, whereby neighboring Russia got one gold medal, but two silvers and three times the bronze medal and launched itself high on the score table. The USA was also a strong competitor bringing home two bronze medals and one gold within the cadet group. Italian competitors also showed noticeable talent and competitive spirits. Unfortunately, they did not sweep the gold medal, but they went home with two silver and three bronze medal.

Team categories were dominated by Italy, which secured three further gold medals in three categories Men’s Foil, Women’s Foil, and Women’s Saber. The USA was also not bad in the junior team competitions securing silver and bronze in two of the categories.

FIE is the governing body when it comes to fencing. It is based in Switzerland and counts 151 affiliates or member federations. Fencing is an Olympic sport and is thereby very important since it fosters traditional values resembling the Middle Ages and Knights who used to engage in fights of honor. The honorable FIE is acknowledged by the International Olympic Committee (IOC) as well. The body will have its 104th anniversary this year.

Masters welcome Fencing is one of the few Olympic sports to have acknowledged professionals prior to the 1980s. In fact, the original Olympic rules, written by Baron Pierre de Coubertin, specifically stated that professional fencers, known as “masters”, could compete. Current events Men’s fencing has been contested at every edition of the Olympic Games since the inaugural Games in 1896.

FIE is in charge of organizing World Championships for cadets, juniors, seniors and veteran fencers. It also makes the rules on how to organize these competitions and championships, and they monitor the implementation of the rules. Roughly speaking FIE is for fencing, what FIFA and UEFA are for football.

The Goals of FIE

FIE tries to promote the art of fencing by bringing all fencing lovers together, as well as to ensure contestants the support they need, and a strong message against doping practices. It also promotes non-discrimination on any basis like nation, race, sex, etc. They also organize the fencing matches for the Olympics.

FIE’s role in fencing is undeniable, and the organization contributes to a better and more professional image of fencing as a sport, as well as to better opportunities for fencers who are generously supported by the FIE.